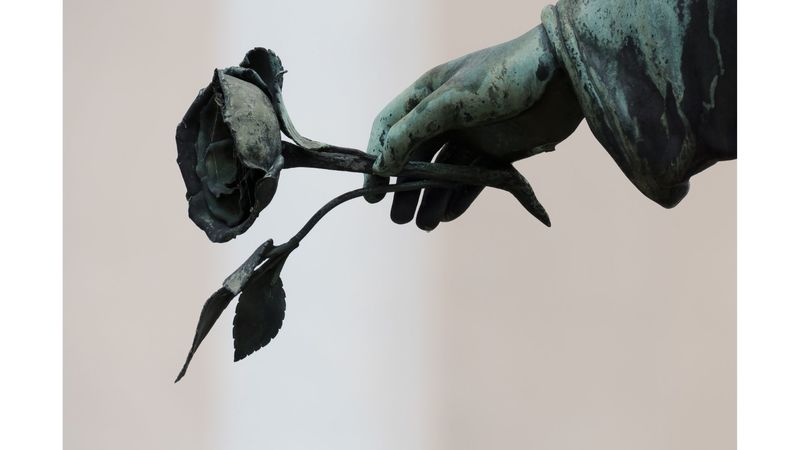 The question raised was hypothetical. Still, it was not entirely impossible. As explained by the Sadducee: Moses wrote for us that if a man’s brother dies, leaving a wife but no children, the man shall marry the widow and raise up children for his brother. Notice with this expectation, there was no consideration for whether the brother and the widow liked each other. There doesn’t seem to be any options if the brother and widow don’t want to marry or even if the brother is already married. The goal was to ensure the one who died has offspring to inherit his wealth and name. In other words: sons. Of course, this is not how we understand marriage today. That being said, there continues to be social, cultural, and economic assumptions and expectations that influence our interactions. How many young people are asked about when they will marry and have children? How many commercials do we watch that tell us what we need to buy and do to be considered attractive, successful, or happy? In what ways does society determine whose work is valued and who can be treated with ambivalence or even disrespected because what they do is not important enough to those who hold power and privilege? Society continues to establish patterns and structures that are meant to define how we act and interact. These patterns and structures tend to leave some people with limited choices. It is easy to remain complicit in this reality. At the same time, when we are honest with each other, we might find ourselves admitting that few of us would want to trade places with the widow in the story, Indigenous people, people of colour, those living in poverty, and perhaps even education support workers right now. On some level, we realise that life isn’t fair and continually hope that our location within society’s structure is at least better than others. The Sadducee, a man of power and privilege in his time, decides to try and trick Jesus by using the existing practices around marriage to undermine the concept of resurrection. In the resurrection, therefore, whose wife will the woman be? For the seven had married her. Through this question the Sadducee reveals an assumption that resurrection must look like life as he knows it without any real consideration for the implications with respect to the widow and the brothers! What would it say about God if resurrection meant maintaining earthly patterns in the afterlife? How many would feel the grace and salvation promised in the life, death, and resurrection of Jesus if they were left to continue in their present circumstances when they died? What does it say about our understanding of the Kingdom of God if we believe it mimics our structures today? In the resurrection, therefore, whose wife will the woman be? For the seven had married her. The question comes from a place of privilege. In asking the question, the Sadducee seems apathetic about what a resurrection into status quo really means. So, Jesus used this opportunity to tell a different story about redemption and new life… Those who belong to this age marry and are given in marriage; but those who are considered worthy of a place in that age and in the resurrection from the dead neither marry nor are given in marriage. Indeed they cannot die any more, because they are like angels and are children of God, being children of the resurrection. God’s redemption doesn’t serve to reinforce the human made, unfair structures of the world regardless of the age in which these exist. God would not force the widow to live for eternity with any of the 7 men she had married if that is not something she desired. In God, life is transformed and made new, meaning all relationships are transformed and made new. In God, no one is constrained by human assumptions and expectations. In God, God’s beloved children are like angels and are children of God able to fully embody who they are as they are welcomed into the Kingdom of God. God’s redemption doesn’t reinforce the human made, unfair structures of the world. And while we can feel a sense of hope and possibility about what might happen for us in the resurrection, God’s promises function as both not yet and unfolding. We proclaim in our Baptismal Covenant that we will strive for justice and peace among all people, and respect the dignity of every human being. This promise points to our longing to see a world without human made constraints, expectations, and assumptions that leave people with few choices. This commitment invites us to be co-conspirators with God on creating spaces where God’s grace and salvation can be known today. In this statement we are reminded that there is ongoing work to be done to ensure all people are freely able to live as the children of God we have been created to be. Few among us would want to be the widow, forced to marry all 7 brothers in the hopes of producing offspring. There are other lives and circumstances we would prefer to avoid. May we continually seek ways to respect the dignity of every human being so that all people have meaningful, life-fulfilling choices regularly available to them. This we pray as we sing: (VT) 715 Longing for Light